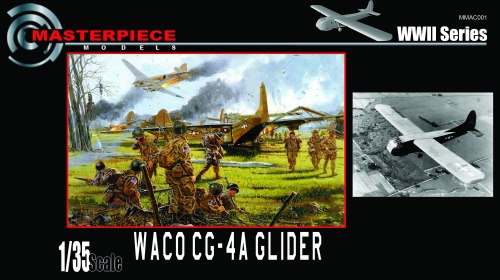 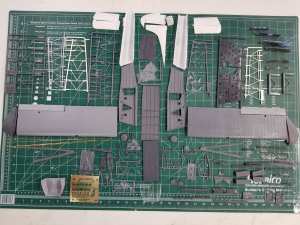 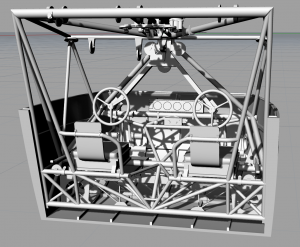 To get your very own limited edition Waco CG 4A Scale Model Kit click here.

About the Waco CG 4A Glider

The Waco CG-4A glider was the most used US troop and military glider of WWII.  Evidently, the British military referred to it as the Hadrian (after the historic emperor of Rome), while the USAF called it the CG-4A.

The structure was built from wood and metal and then it was covered in fabric. A crew consisted of a pilot and a copilot. The glider featured two main control wheels and a tail wheel. The glider could carry up to 13 troops and equipment. Furthermore, the hinged nose could be swung upward to load a 1/4 ton truck, such as a Jeep, a 75mm howitzer or a 1/4 trailer.

These gliders were usually towed behind a C-47 aircraft and a few C-46s during and after Operation Plunder. The glider was towed behind these planes via an 11/16” diameter, 350’ long tow line.